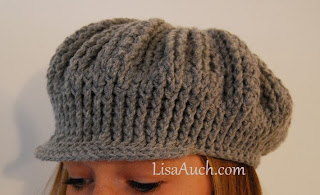 Woman’s Ribbed Crochet Cap. By LisaAuch
Stylish, warm and cosy, woman’s crochet ribbed cap with brim. Thick and chunky style makes this a great hat for keeping you warm on those colder days. This cap is crocheted using the front post double crochet stitch you should be familiar with increasing and decreasing using this stich. This project is a yarn eater, but it makes for a very warm hat

You should be confident in front post increasing/decreacing  in crochet to make this hat.


This is not a beginners hat Pattern.

Special terms and abbreviations used in this pattern
Dc=double crochet

Dc in top of dc = work a double crochet into the top of previous rounds dc
Do not include the Chain start sts in the stitch count.

Hook = 5.50mm (If you crochet tightly then consider going up a size) This hat is very loosely crocheted.

Special note:
The hat is worked in rounds and will look strange and like a large scrunchie. As you work, the hat will become like a large floppy pancake, you need to carry on working until you start to decrease, which will pull in the sides of the hat. And the Hat shape starts to appear.
I have added photos to support Rnds 2,3,4 at the end.

Do not fasten off.

Brim
Fold hat in half, and place a marker at centre back and  center front of hat
Count 7 stitches back on each side from the front centre, and place markers, this is where you will work for brim.
Join yarn at first maarker
Brim Row 1: Ch1, *2 FPDC, FPDC, in next stitch* repeat * * until last marker of brim. .   Ch1 turn, (working back along row stitches just worked.)

Brim Row 3: work single crochet along front of brim, making 3sc in corner of brim. sc, along the side of brim to marker, Fpsc in next stitch of the side of the hat working towards the back until last 4 stitches. (Again Only work this decrease if you feel the hat needs to be tighter/smaller) 2fpsc tog to end. Slip to join. Fasten off. 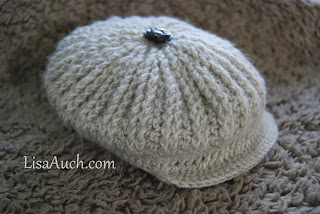 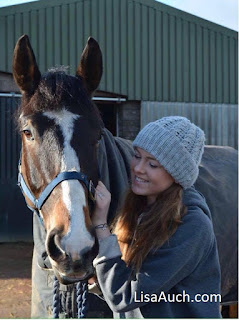 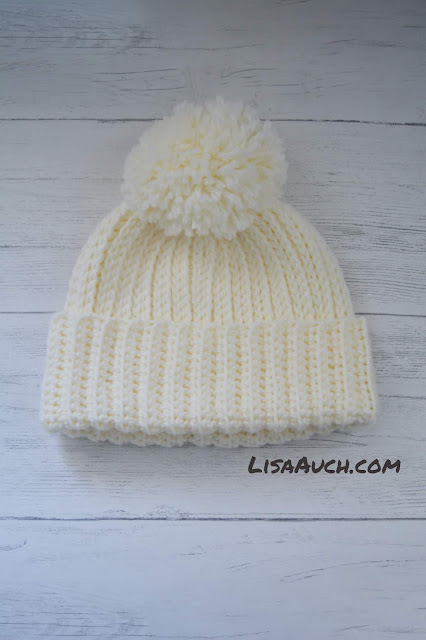